A list of tips was published at the official Google Adsense blog Inside Adsense which should help maximize revenue potential. The tips are to turn custom channels into ad placements which will highlight parts of your website to advertisers, to enable text and image ads on your website and to use the 300×250 medium rectangle because many advertisers use this specifically when creating rich media ads.

I’m using ad placements for a while with no obvious result whatsoever but it could be rather site specific. If I recall correctly those ads can then be booked directly at the website. It is not working at all for me but it does not cost anything and it could work for your website.

The second tip is a no brainer as well and I’m using this setting for a very long time. Image ads are mainly paid on a CPM basis while text ads on a CPC basis. Remember that the best paying unit is shown which could be either, so activate both.

Last but not least we have the medium rectangle which received their recommendation. I know that some webmasters are using this medium rectangle successfully on their websites while others have more success with the large rectangle. I’d say to test both and see which performs better on your website.

Besides this emails from Adsense representatives are floating around the web stating that there will be a major change in the design of the ad units. This has lead to some confusion among webmasters.

They say that descriptions and the background will no longer count as clicks that are paid in the future. Some webmasters understood it the way that they remain clickable but will not produce any revenue while others understood that they will not be clickable at all.

I think the latter will be the case because of this sentence:

Previously, users could click on the background and full text of an ad, but now users can click only on the title and URL of a text ad

Webmasters will nevertheless see a reduction in clicks and it remains to be seen if the drop in CTR will affect many webmasters. Googles hope is to make Adwords attractive to advertisers and that the reduction in accidental clicks will lead to better conversions and higher advertising budgets.

I don’t think it will make much of a difference for solid websites if the background and description will not be clickable anymore. What bothers me a little bit is that some Ad formats do not display a URL which would mean that the clickable area on those units would be reduced to the title. 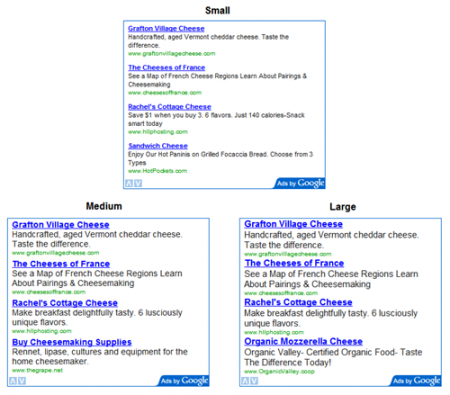