Internet Service Providers urgently need to roll out the next generation of net addresses for online devices, internet pioneer Vint Cerf has said.

Every device that goes online is allocated a unique IP address but the pool of numbers is finite and due to run out around 2010.

A new system, called IPv6, has been awaiting roll out for 10 years.

Unless IPv6 is switched on in the coming years, some devices might not be able to go online, Mr Cerf has warned.

Mr Cerf, who played a key role in the development of the protocols which underpin the global net, said: “There is a risk of not being able to get online.”

He added: “The rate of consumption of available remaining IPv4 numbers appears to be on track to run out in 2010/11.”

Mr Cerf is about to step down as chairman of Icann, the body which oversees the net, and is also Google’s chief internet evangelist.

The current system, called IPv4 provides four billion addresses but the explosion in the number of devices which go online has led to the potential shortage.

Although IPv6 was standardised 10 years ago it has not been rolled out at speed.

While modern computers, servers, routers and other online devices are able to use IPv6, internet service providers have yet to implement the system.

“The reason they haven’t – which is quite understandable – is that customers haven’t asked for it yet,” said Mr Cerf, adding, “my job, whether with my Icann hat on or not, is to persuade them to ask for it.

“If you don’t ask for it, then when you most want it you won’t have it.”

“To be clear – if we finally exhaust the IPv4 pool it doesn’t mean the internet stops working. But people wanting an IPv4 address won’t get one.

“If there is an internet that does not support IPv6, not getting an IPv4 address means not getting on the net.”

He added: “The appreciation of the importance of getting IPv6 into operation is very much more visible than before.

“I’m anticipating in 2008 a substantial increase of use of IPv6, introduced in parallel with IPv4.”

One complicating factor is that IPv6 and IPv4 are not compatible so ISPs will have to run the two systems in parallel – adding to costs.

In Asia, governments in China, Korea and Japan have begun to lead roll out of IPv6 and the European Union is reviewing methods to encourage adoption.
[via bbcnews] 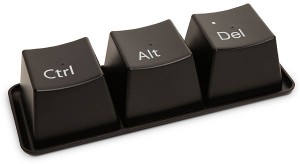 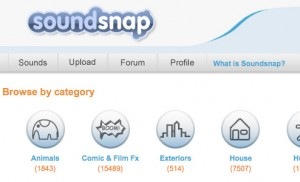 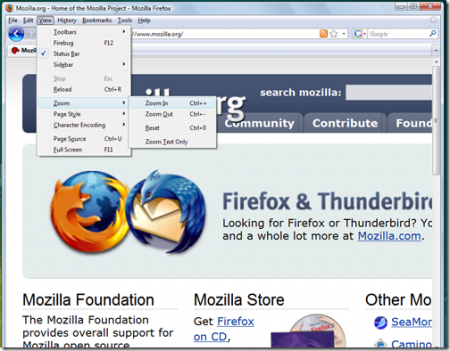 How to Zoom Web pages