“Please don’t call GNU ‘Linux’,” says Richard Stallman, the founder of the Free Software Foundation. In this interview, he also asks readers whether they will fight for freedom or be too lazy to resist.

You launched the GNU Project in September 1983 to create a free Unix-like operating system, and have been the project’s lead architect and organizer since then. Why did you start it in the first place? Back then it was already clear that software was becoming proprietary? 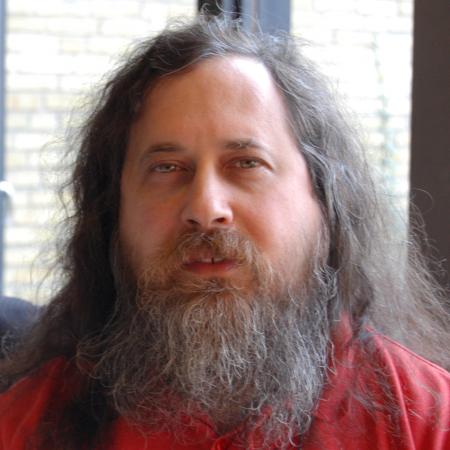 Stallman: In 1983, all operating systems were proprietary, non-free software. It was impossible to buy a computer and use it in freedom. Proprietary software keeps the users divided and helpless, by forbidding them to share it and denying them the source code to change it. The only way I could use computers in freedom was to develop another operating system and make it free software. I announced the plan in September 1983, and began development of the GNU system in January 1984.

On Feb. 3, 1976, Bill Gates wrote his famous “open letter to hobbyists” where he stated that software should be paid [for] just like hardware. Did you read that manifesto at the time? What was your impression back then?

Stallman: I never heard of it at the time. I was not a hobbyist, I was a system developer employed at the MIT Artificial Intelligence Lab. I had little interest in 16-bit microcomputers, because the lab’s PDP-10, with a memory equivalent to 2.5 megabytes, was much more fun. Pascal is both weak and inelegant compared with Lisp, our high-level language, and for things that had to be fast, assembler language was more flexible.

I don’t know how I would have reacted at that time if I had seen that memo. My experience at the AI lab had taught me to appreciate the spirit of sharing and free software, but I had not yet come to the conclusion that non-free (proprietary) software was an injustice. In 1976 I did not use any non-free software. It was only in 1977, when Emacs was ported to the non-free Twenex time-sharing system that I started to experience the nastiness of proprietary software. After that, I needed time to recognize this as an ethical and political issue.

What do you think about intellectual property?

Stallman: I am careful not to use that confusing term in my thoughts, because it does not refer to a coherent thing, although it misleadingly appears to. The term lumps together laws that raise totally different issues, as if they were one subject.

If you say something about “intellectual property,” you are trying to generalize about three laws that are totally different. Whatever you say will be a foolish over-generalization, because that term only leads to such. I’ve decided to avoid that pitfall by never using the term. [See http://www.gnu.org/philosophy/not-ipr.html for more explanation.]

What’s more important to you, GNU’s huge user base or its large developer base?

Stallman: I appreciate them both, but neither is what matters most. We didn’t develop GNU just to make it a technical triumph, or just to have a success. Our goal was to win freedom, for ourselves and for you.

What’s important about GNU is that it provides a way to use computers in freedom. But this achievement is precarious. There are hundreds of GNU/Linux distros, and nearly all include some non-free software.

In 1992, GNU/Linux made it possible for the first time to use a PC and keep your freedom. By 2000, ironically, every version of GNU/Linux included non-free software and thus invited users to surrender their freedom by installing some. Today, I am glad to say, the Ututo and gNewSense distributions are 100 percent free software.

After so many years, are you finally seeing the end of the tunnel, the time when free software will regain its original place, by dominating servers during the next decade?

Stallman: Server operators should have freedom, of course, but the computers that directly affect most users’ freedom are the computers they type on. Those are the computers where the adoption of free software is most important. With proprietary operating systems increasingly designed to restrict and control the user, with digital “restrictions” management, their users are subjugated even more now than before. If you don’t want chains on you hand and foot, your only escape is to switch to a free operating system.

People use terms like “free software” and “open source” as if they were the same thing. Is that right?

The free software movement is concerned with ethical and social values. Our goal is to win, for computer users, the freedom to cooperate and control your own computing. Therefore, you should have these four essential freedoms for each program you use:

The term “open source” was promoted in 1998 by people that did not want to say “free” or “freedom.” They associated their term with a philosophy that cites only values of practical convenience.

Supporters of open source (which I am not) promote a “development model” in which users participate in development, claiming that this typically makes software “better” — and when they say “better”, they mean that only in a technical sense. By using the term that way, implicitly, they say that only practical convenience matters — not your freedom.

I don’t say they are wrong, but they are missing the point. If you neglect the values of freedom and social solidarity, and appreciate only powerful reliable software, you are making a terrible mistake.

The same happens with Linux, code for which was released in 1991. People used to call Linux a synonym for GNU, much like Windows became a synonym for the PC operating system. But they are not the same thing, are they?

Stallman: I’m not sure what you mean by “the same.” Windows is the official name (not just a synonym) for a user-subjugating, proprietary operating system developed by Microsoft. Linux, however, is not an operating system, just a piece of one. Linux is a kernel: the component of an operating system that allocates the machine’s resources to the other programs that you run. It was first released in 1991 as non-free software: its license did not allow commercial distribution.

In 1984, I launched the development of the GNU operating system, whose goal was to be free software and thus permit users to run computers and have freedom. The GNU Project undertook a job so big that even most of my friends said it was impossible. In 1992, the GNU system was complete except for the kernel. (Our own kernel project, started in 1990, was going slowly.) In February 1992, Linus Torvalds changed the license of Linux, making it free software.

The kernel Linux filled the last major gap in GNU; the combination, GNU/Linux, was the first free operating system that could run on a PC. The system started out as GNU with Linux added. Please don’t call it “Linux;” if you do that, you give the principal developer none of the credit. Please call it “GNU/Linux” and give us equal mention.

The Free Software Foundation has recently issued the second draft of the GNU general public license version 3 (GPLv3). What are its enhancements and what users could expect from adopting it?

Stallman: We published the official, final text of GPL version 3 in June, and many programs have since been released under it. The basic goal of the GNU General Public License is the same in version 3 as it always was: defend the freedom of all the users. The changes are in the details.

Linus Torvalds told he thinks “the GPLv2 is a superior license,” but there’s “something like 50 different open-source licenses, and in the end, the GPLv3 is just another one.” Does Linus collaborate with you or GNU on free software development?

Stallman: The fact that Torvalds says “open source” instead of “free software” shows where he is coming from. I wrote the GNU GPL to defend freedom for all users of all versions of a program. I developed version 3 to do that job better and protect against new threats.

Torvalds says he rejects this goal; that’s probably why he doesn’t appreciate GPL version 3. I respect his right to express his views, even though I think they are foolish. However, if you don’t want to lose your freedom, you had better not follow him.

Microsoft has recently claimed that free software like Linux, OpenOffice and some e-mail programs violate 235 of its patents. But Microsoft also said it won’t sue for now. Is this the start of a new legal nightmare?

Stallman: Software patents – in those countries foolish enough to authorize them – are a legal nightmare for all software developers. About half of all patents in any field belong to mega-corporations, which gives them a chokehold on the technology. In countries that allow software patents, that happens in software too

Last July 5th, Microsoft published the following statement: “While there have been some claims that Microsoft’s distribution of certificates for Novell support services, under our interoperability collaboration with Novell, constitutes acceptance of the GPLv3 license, we do not believe that such claims have a valid legal basis under contract, intellectual property, or any other law.” Are they preparing for battle?

Stallman: Microsoft is trying to deny that their contract with Novell means what it says. This shows that our efforts in GPLv3 to make their contract backfire against Microsoft are working. I believe Novell disagrees with Microsoft about this point, and says that the deal does apply to software under GPL version 3.

Their use of the term “intellectual property” is part of the propaganda. It is meant to discourage you from focusing on the specific law, patent law, which they have tried to use to prohibit free software. For instance, they don’t want Brazilians to think, “If Microsoft wants to use software patents to obtain a government-imposed monopoly over operating system software, why should Brazil give them the chance to do so? Brazil should not authorize software patents.”

Do you think that the free software community could win this war against Microsoft?

Stallman: Nobody knows who will win this fight, because the outcome depends on you and the readers. Will you fight for freedom? Will you reject Windows and MacOS and other non-free software, and switch to GNU/Linux? Or will you be too lazy to resist?

Some analysts are saying this kind of agreement between Microsoft and Novell is positive for consumers and can also popularize free software. That’s because consumers will have more support from vendors in terms of interoperability and could run their applications in a better way. Do you agree with these arguments?

Stallman: That’s like the argument that smoking tobacco is good for your health because it will help you lose weight. I don’t know whether their claim about popularity is true in a narrow sense, but I’m sure it misses the point. It doesn’t matter how popular GNU/Linux gets, if it fails to give you freedom. Microsoft’s aim, in the deal with Novell, was to make people scared to run GNU/Linux without paying Microsoft for permission. That is why we designed GPLv3 to make it backfire.

Microsoft has frequently imposed non-interoperability; now, for example, it promotes the patented bogus “standard” OOXML instead of supporting Open Document Format. Microsoft believes it is so powerful that it can design an incompatible format, create obstacles to its implementation by others, and pressure most users to switch to it. Do you think users are really as foolish as Microsoft predicts? 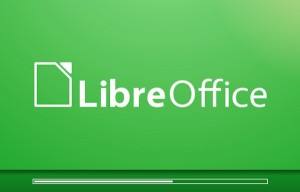 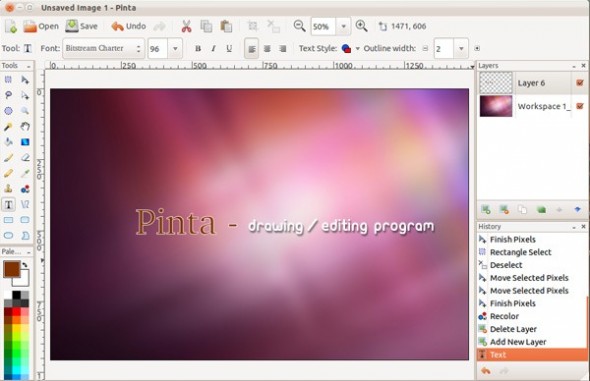 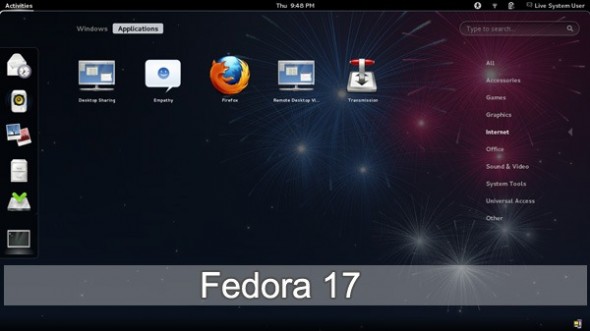