The Ubuntu 8.04 release candidate brings you the latest and greatest GNOME 2.22.1 with lots of new features and improvements, such as a new version of the Nautilus file manager that uses the faster and more reliable GVFS backend and shows a list of possible actions upon insertion of removable media, an international clock applet that can show time and weather information for multiple locations around the world, the new Seahorse keyring manager, and Google Calendar support in Evolution. 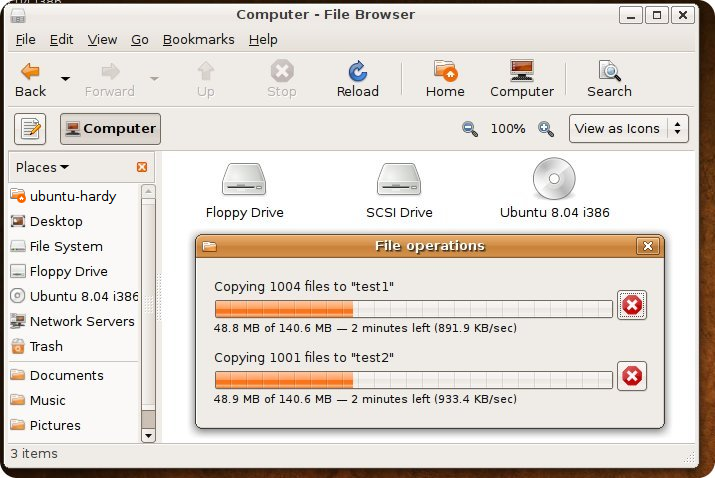 The release candidate includes the 2.6.24-16.30 kernel based on 2.6.24.3. This brings in significant enhancements and fixes that have been merged in the last few months into the mainline kernel, including:

PolicyKit allows fine-grained control over user permissions and enhances usability and security, by allowing administrative applications to be run as a normal user and gain extra privileges dynamically only for privileged operations instead of requiring the whole application to run as root.

Ubuntu 8.04 features PolicyKit integration with the “Network”, “Users and Groups”, “Services” and “Time and Date” tools in the System/ Administration menu and the panel clock applet for authorization, as well as gnome-mount and HAL for fine-grained access control for devices and power management. All the privileges can be configured using the System / Administration / Authorizations interface, which itself uses PolicyKit for authorizing the changes. 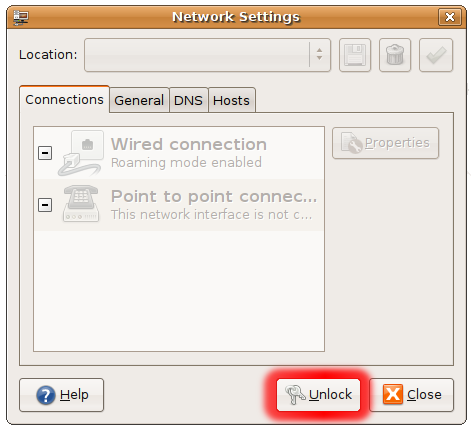 The latest version of the X window system, Xorg 7.3, is used in the release candidate, with an emphasis on better autoconfiguration with a minimal configuration file.

This release brings a new Screen Resolution utility that allows users to dynamically configure the resolution, refresh rate, and rotation of a second monitor. This will be particularly handy for laptop users that connect to a projector or external monitor. 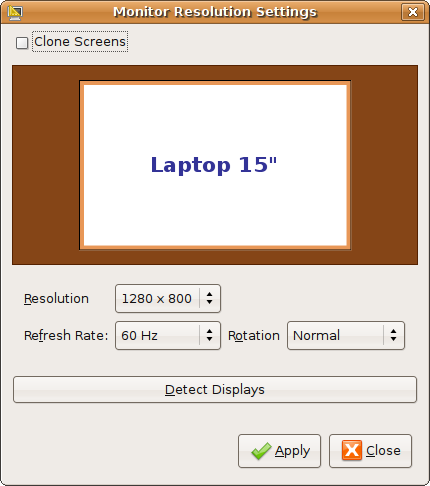 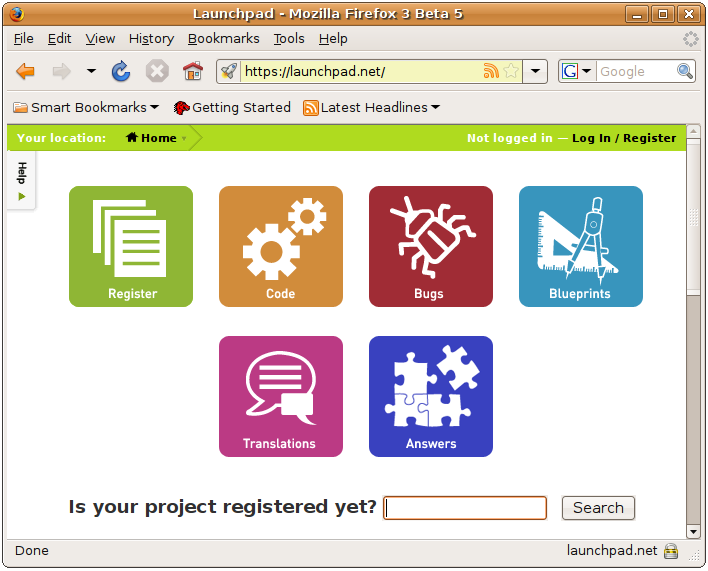 The Brasero CD/DVD burning application, which complements the CD/DVD burning functions of Nautilus and replaces the Serpentine audio CD burning utility, is installed by default in the release candidate. 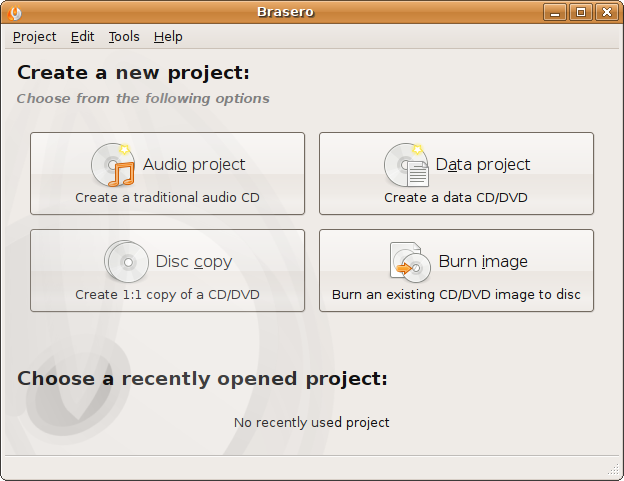 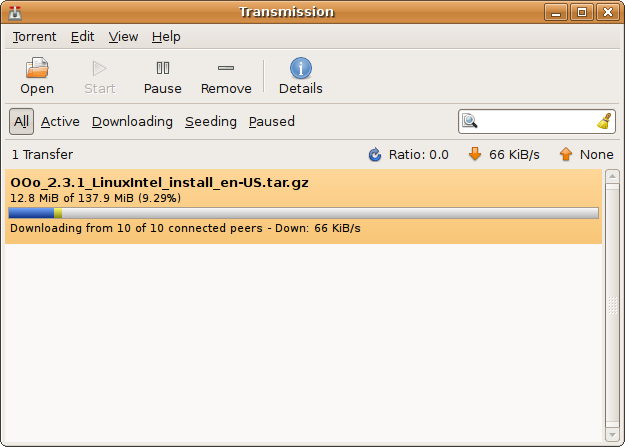 Integrating the features of the intlclock applet, the GNOME panel clock in the release candidate can display the time and weather in multiple locations. 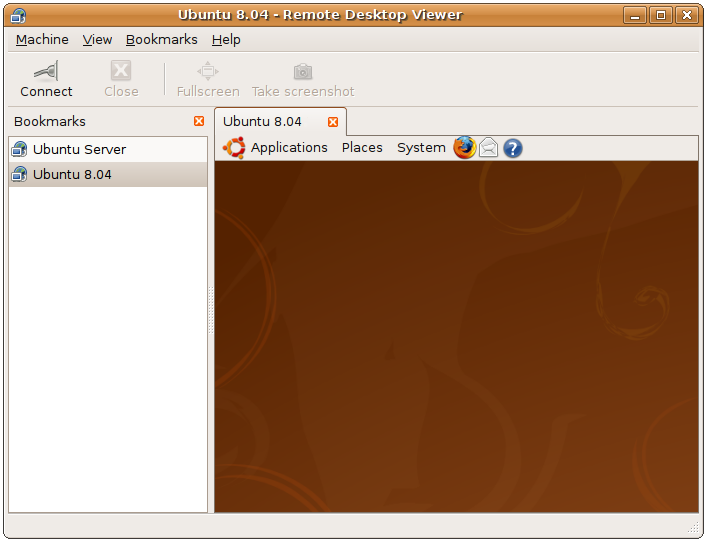 Vinagre allows the user to view multiple machines simultaneously, can automatically discover servers on the network without needing manual configuration (via Avahi), and can keep track of recently used and favorite connections.

The Ubuntu 8.04 release candidate includes ufw (Uncomplicated Firewall), a new host-based firewall application configurable from the command line which is designed to make administering a firewall easier for end users while not getting in the way of network administrators.

The Totem movie player now has a YouTube plugin that makes it possible to search for and play YouTube videos directly, a local search plugin for searching for video files via Tracker, and DVB support that lets you watch digital TV broadcasts.

Inkscape 0.46, which is available in the Universe repository, is a major update that introduces native PDF support, providing an easy, open source solution to editing text and graphics in PDF documents. Users will appreciate being able to draw up flyers, posters, and other documents, save them as PDF (or as the native .svg) in inkscape, and send them to a print shop for printing without ever leaving Ubuntu or loading a proprietary tool.

Likewise Open, available from the Universe repository, enables seamless integration of Ubuntu within an Active Directory network. Users can use their AD credentials to log onto Ubuntu machines and access any kerberized services provided by an Ubuntu server.

iSCSI Initiator has been fully integrated in the kernel, allowing Ubuntu to mount iSCSI targets as a block device. iSCSI is available in the Ubuntu Server installer if iscsi=true is passed on the kernel command line at the beginning of the installation process.

Additional access checks have been added so that /dev/mem and /dev/kmem can only be used to access device memory. These changes will help defend against rootkits and other malicious code.

The lower 64K of system memory is no longer addressable by default. This will help defend against malicious code that attempts to leverage kernel bugs into security vulnerabilities.

Applications compiled as Position Independent Executables (PIE) are now placed into memory in unpredictable locations, making it harder for security vulnerabilities to be exploited.

In addition to supporting AppArmor, Ubuntu 8.04 LTS includes support for SELinux in the Universe repository. System security can be enhanced using SELinux, a kernel feature allowing fine-grained mandatory access control. SELinux, including security policies for most system processes, can be installed via the “selinux” package.

WinFOSS and the Windows open source software have been replaced by umenu, a simple launcher that lets the user install Ubuntu from Windows using Wubi, install Ubuntu to a partition without having to make their CD-ROM the first boot device, and find out more about Ubuntu at the www.ubuntu.com website. 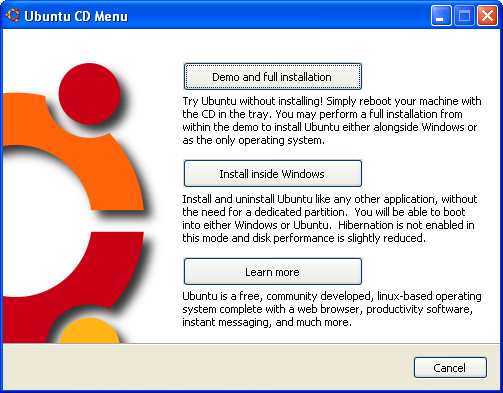 KVM is now a fully maintained option for virtualization, and libvirt and virt-manager have also been integrated in Ubuntu, allowing for easy guest creation and basic management of virtual machines out of the box. Virt-manager can be used to administer guests on a remote server.

There is a new installation option for Windows users. Wubi allows users to install and uninstall Ubuntu like any other Windows application. It does not require a dedicated partition, nor does it affect the existing bootloader, yet users can experience a dual-boot setup almost identical to a full installation. Wubi works with a physical CD or in stand-alone mode, by downloading an appropriate ISO to install from. It can be found on the root of the CD as Wubi.exe. A full installation within a dedicated partition is still recommended, but Wubi is a great way to try Ubuntu for a few days and weeks before committing dedicated disk resources. 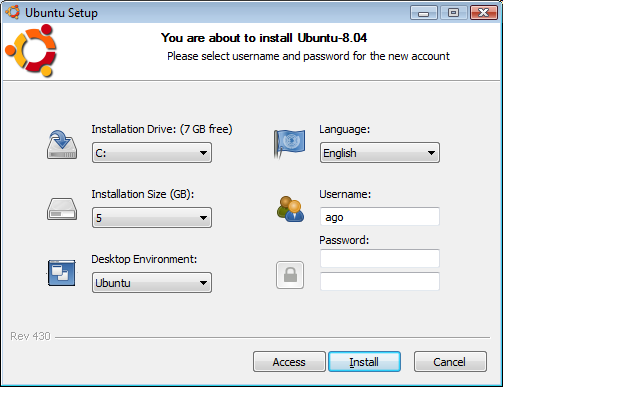 File systems are now mounted with the relatime mount option by default, for improved performance. More information about this feature is available at kerneltrap.org.

The alternate CD now provides a quick option to install an LTSP terminal server. You can read more about this feature at https://help.ubuntu.com/community/UbuntuLTSP/LTSPQuickInstall.

There are several known bugs that users may run into with Ubuntu 8.04 RC. We have documented them here for your convenience along with any known workarounds.

If you want to help with bugs, the Bug Squad is always looking for help.

If you plan to do an installation of the release candidate, be sure to head to the Testing page. With just a few minutes of your time, you can really help to improve Ubuntu. We have two different tests; one takes just a short time, and the other is more thorough. 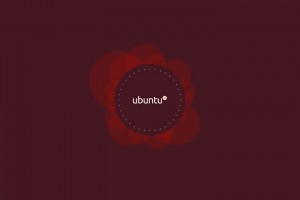 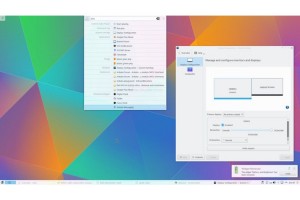