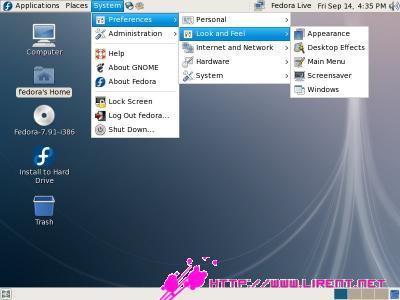 Over the years, Red Hat’s Fedora has made a name for itself as a version of Linux for enthusiasts, developers, and those who want to try the latest thing in open-source software. But a curious feature of the new version 8, released Thursday, is the ability to strip out the Fedora identity altogether.

The reason: Red Hat wants Fedora to be a foundation for those who want to build their own Linux products on a Fedora foundation. With Fedora 8, that’s easier, because all the Fedora-specific elements are wrapped up into one neatly optional package, said project leader Max Spevack. 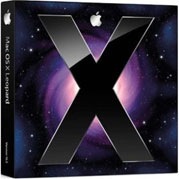 Well its been only a day since the Mac OSX Leopard was released officially by Apple and the hackers have managed to create a patched DVD that everyone like you and me can use to install Leopard on PC’s without having to buy a Mac. Please note the tutorial that I am going to post is still experimental and things might not work the right way simply because it is still early days in hacking Leopard to work on PC’s. Well if you don’t mind your PC getting screwed then go ahead and try out this tutorial.

Make sure you backup all important data before you proceed. Here are the things that you will need before Install Leopard on your PC…. 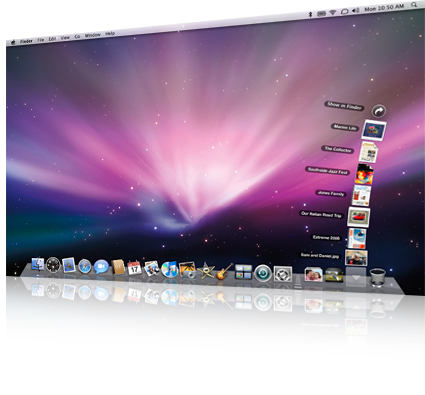 The new look of Leopard showcases your favorite desktop image and puts new file stacks at your fingertips for a stunning, clutter-free workspace. LONDON, October 15, 2007 – Canonical Ltd. announced today the upcoming availability of version 7.10 of the Ubuntu Server, Desktop, Kubuntu and Edubuntu Editions. All will be available for free download on Thursday 18 October. Canonical is the commercial sponsor of Ubuntu.

Ubuntu makes no distinction between community and enterprise editions, Ubuntu 7.10 is our best work and is available freely to all. Ubuntu has consistently ranked #1 in reviews of security update responsiveness and effectiveness. The Ubuntu platform is fully certified and supported, making it a secure choice for users looking to explore, deploy and enjoy Linux. Ubuntu 7.10 brings together the best open source and free software available in a stable, robust environment that ‘just works’.

END_OF_DOCUMENT_TOKEN_TO_BE_REPLACED

Requesting CDs from ShipIt for free

Ubuntu is available free of charge and we can send you CDs of the latest version (7.10 (Gutsy Gibbon)) with no extra cost, but the delivery may take up to ten weeks, so you should consider downloading the CD images if you have a fast Internet connection.

Download and test the beta version of 7.10 (Gutsy Gibbon) Ubuntu 7.10 is the current DEVELOPMENT version of the Ubuntu operating system. It will be released October, 2007. The common name given to this release from the time of its early development was “Gutsy Gibbon”.

Note: If you have a version of Ubuntu which was released before Ubuntu 7.04, please see Installation/UpgradeFromOldVersion for information on how to upgrade. Note: these instructions apply to the Beta release and will be removed when 7.10 is released

If you wish to participate in testing the Ubuntu 7.10 beta, you can easily upgrade over the network with the following procedure. People upgrading after the final release will not need to use the command line.

If you have a working network connection, it should then inform you of the new release and offer to upgrade your system. END_OF_DOCUMENT_TOKEN_TO_BE_REPLACED

Bad things can happen even to good computers. If something bad happens to a Dell PC with pre-installed Ubuntu, Dell is now providing a customized Ubuntu to make certain that everything returns to turn to tiptop shape.
Earlier the week of Sept. 10, Dell announced that it was making “remastered” Ubuntu 7.04 CD and DVD ISOs available for download. According to John Hull, Linux OS engineering manager for Dell, based in Round Rock, Texas, these images are intended to “help with installing the OS on the Inspiron 1420 and 530. This media includes the drivers and fixes necessary to get the OS up and running with supported hardware on those systems.” In addition, the ISO images will work with the Dell Inspiron E1505n.

In particular, these disks make getting everything back into order on misbehaving 1420n laptops go much more smoothly. In the past, getting Ubuntu 7.04 back to being fully functional on a 1420n was a job better suited for a Linux guru than an ordinary Linux user.
END_OF_DOCUMENT_TOKEN_TO_BE_REPLACED