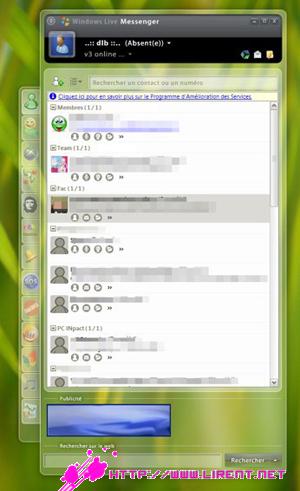 Still, Microsoft plans a consistent evolution with Windows Live Messenger 9.0. If the currently available versions of the IM client, builds 8.1.0178 and 8.5.1288.816 Beta 2 are targeting integration and support for Windows Vista as a primary focus, Windows Live Messenger 9.0 will potentially bring to the table multi-person audio/video chat capabilities, although there is even a chance that the feature will be pushed back as far as v10. END_OF_DOCUMENT_TOKEN_TO_BE_REPLACED