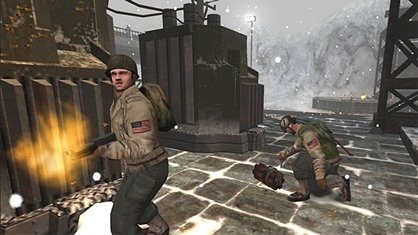 This mean you can play 1 game at day for all year! All games are available for download at gamesradar web site. The most famous games for free. As you can see from one screenshot Wolfenstein: Enemy Territory the best multi player first person shot game. Personally I have spend a lot of time playing Wolfenstein and is a game with lot of fun. Other games are Fear, Cube2, Celestial Impact, Paintball 2, Quake etc etc. Find out and play 365 games. 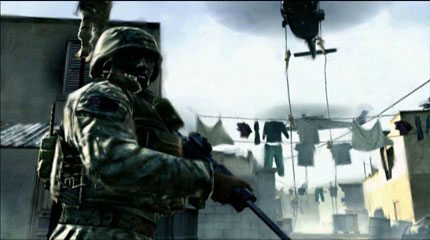 Call of Duty 4: Modern Warfare It will introduce a variety of game play styles into the single player campaign completely new to the Call of Duty series. The game moves away from the standard three country-specific campaign style, and allows the plot to play through more like a film style plot with interlaced story lines from the perspective of the player as a member of the US 1st Force Recon and a member of the British 22nd SAS Regiment. There is also a variety of cameo-style missions where you play as various other soldiers such as an AC-130 Spooky Gunship gunner, or as one part of a two man sniper team behind enemy lines in a flashback style mission. Call of Duty 4: Modern Warfare will focus on the variation of modern warfare as an infantry soldier by allowing the player to control soldiers in a vast amount of different scenarios, straying away from the constant “at eleven” action of previous Call of Duty titles and allowing for both heavy intensity fire fights and slower paced drama styled intensity. The developer, Infinity Ward, has so far told about a handful of such levels including where the player will be the gunner of an AC-130 gunship and the pilot of a AH-1 Super Cobra helicopter providing air support.