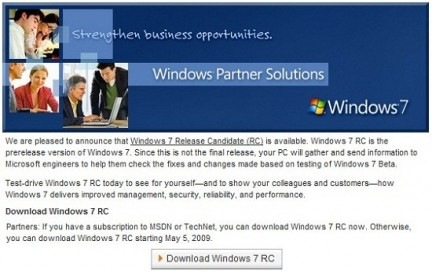 Microsoft has updated the page dedicated to Windows 7 by announcing the availability to download the Release Candidate of Windows 7. If you are member of the MSDN and Technet , you can download RC1 immediately otherwise wait May 5 to be public.
Remember that the final version should arrive by the end of 2009 or starting 2010.

Download photos directed to your to Windows Live Photo Gallery.

Download as a .zip file. Download an entire folder in one compressed file (initially available only in the United States, Denmark, and Ireland).

There is a lot coming to Windows Live SkyDrive! Check out their blog post for more details on what’s coming up. 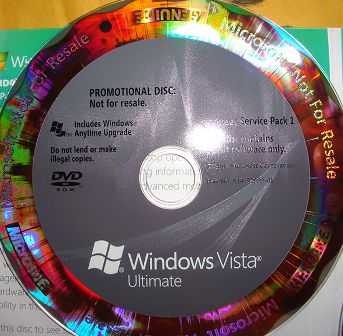 Microsoft is giving away a free full version product CD key for Windows Vista with Service Pack 1. The kit consist in:

Register and request for Windows Vista Service Pack 1 with Desktop Deployment & Evaluation Kit to be shipped to your home address for free at the following URL. No shipping charge apply. Shipping address only valid in United States of America (USA).

END_OF_DOCUMENT_TOKEN_TO_BE_REPLACED 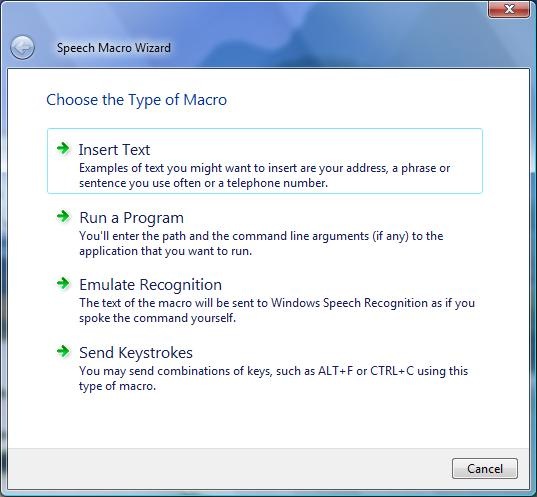 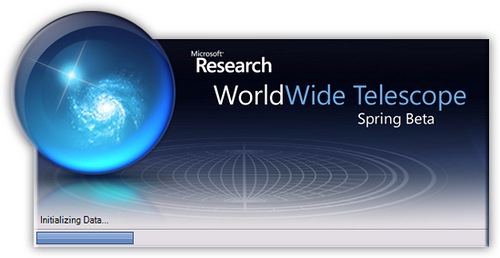 The WorldWide Telescope (WWT) is a Web 2.0 visualization software environment that enables your computer to function as a virtual telescope-bringing together imagery from the best ground and space-based telescopes in the world for a seamless exploration of the universe.

END_OF_DOCUMENT_TOKEN_TO_BE_REPLACED 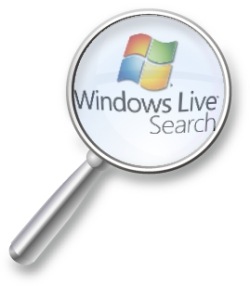 According to Microsoft, the new version of Live Search Products delivers an improvement in the quantity of images of no less than 9.4%. This means that while the old variant of top results offered 79.2% images, the new iteration goes up all the way to 88.6% top results complete with images

“This update, in addition to continued improvements in our selection from both crawl and the Product Upload Beta, is one example of how we are improving Product Search relevance. This begs the question: how do you measure relevance?” Aziz and Bao asked.

Microsoft revealed that a number of factors are taken into consideration when it comes down to judging the relevance of the results returned to a product search. First off there has to be an inherent connection between the query and the product displayed, one that is immediately visible to the end users, but less obvious to the search engine due to the keywords associated with certain images. The Redmond company added that it is also looking to check whether the results contain images, as these items are preferred by end users, and if the products point to a reputable seller, rather than obscure and untrustworthy e-commerce websites.