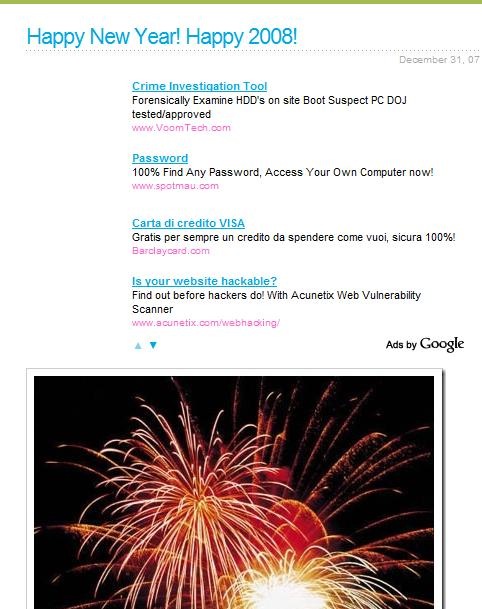 With the new Year I thing that Google is applying the new format for the rectangular ads. As END_OF_DOCUMENT_TOKEN_TO_BE_REPLACED

DIGG started the phenomena called Web 2.0 Social Bookmarking (actually, it existed before but it got popular with Digg). The crowd votes what is best and what is going to be on the front page. This is one of the best inventions in history of the Internet and is taking over the web. Digg is the godfather.

END_OF_DOCUMENT_TOKEN_TO_BE_REPLACED

How to use your own site as your OpenID URL:

Like most people, I’m not comfortable with handing over the ownership of my personal identity to some third party OpenID handler. I want the flexibility to choose between OpenID providers without having to change my OpenID URL. How? Well, it’s pretty simple. All you got to do is pick any free OpenID provider and create an account (if you already have an account on WordPress, LiveJournal or Vox, you can skip this step). Now add the following lines just above </head> on your weblog or whichever URL you’d like to use as an OpenID URL:

END_OF_DOCUMENT_TOKEN_TO_BE_REPLACED 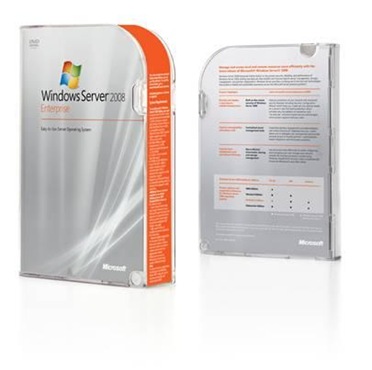 Microsoft is providing download versions of the Windows Server 2008 release candidate free of charge right from their website to anyone interested in downloading them. A product key can be requested as well which will make the product valid until April 7, 2008.

END_OF_DOCUMENT_TOKEN_TO_BE_REPLACED In comparison, German operator T-Mobile said it sold 10,000 on November 9, the day the phone went on sale there. Apple’s U.K. partner O2 said the phone is its fastest-selling ever, but refused to give sales figures.

Some 80 percent of Orange customers bought the iPhone with an "Orange for iPhone" service contract that includes unlimited access to the Internet and the Visual Voicemail service.

Those customers paid €399 (US$585) for their iPhone, the same price T-Mobile charges for its iPhones.

Orange also offers the iPhone for €549 with other types of contract, or €649 without a contract.

About 1,500 were sold without a contract, said Orange spokesman Louis Michel Aymard.

Customers buying an iPhone from Orange for use on another operator’s network must pay a €100 unlocking charge, which is waived if they wait for six months from the purchase date. Since an iPhone without a contract is of little use on Orange’s network, the majority of those 1,500 customers have probably unlocked their phones, Aymard said.

Orange is now the only one of Apple’s network operator partners to sell the iPhone unlocked. It does so to comply with a French law that forbids making the sale of one item conditional on the sale of another.

END_OF_DOCUMENT_TOKEN_TO_BE_REPLACED 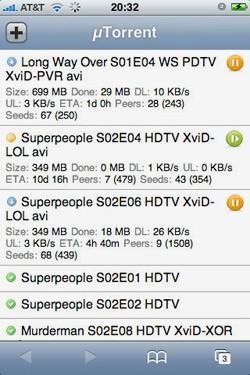 uTorrent for iPhone is a very simple iPhone optimized web interface — it allows for basic control of the µTorrent client (ver. 1.7.5), you can: